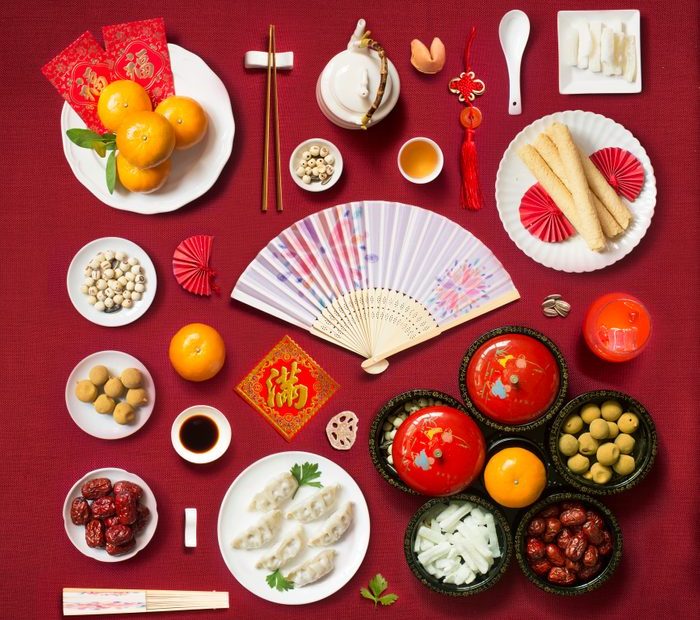 The golden week just past in China, also called Chinese national holiday, was from Oct. 01~07.

It drove customers mad because they couldn’t get reply during this period.

Customers complain that there’re so many holidays in China, just as much as strikes in France!

Have a look and get well-prepared for the next year’s body massagers’ orders and production.

Simply called New Year, is a festival observed in most of the world on January 1, the first day of the year on the modern Gregorian calendar. A great time to celebrate the end of an old year and the start of a new year.

People celebrate new year with one-day off, plus weekend, most places in China have 3 days off to celebrate the auspicious day!

As the biggest, most important, and grandest festival, the longest holiday in China, it falls on the first day of January Chinese lunar calendar, to celebrate the beginning of a new year on the traditional lunisolar and solar Chinese calendar, a time to feast and visit family members.

Chinese new year 2023 will fall on Saturday, Jan. 21st, new year’s eve, starting a year of Rabbit, people enjoy at least 7 days off from New Year’s Eve to the sixth day of the lunar calendar new year, Jan. 27. Some factories are off for as long as one month!

How do Chinese celebrate new year:

Also called Yuan Xiao Festival, falls on Chinese Lunar Jan. 15, which means the end of the new year celebration. People indulge themselves by appreciating and playing with glowing lanterns, guessing lantern riddles, eating glue pudding on this day, and preparing for the new year’s work and life!

Known as International woman’s day which falls on March 8th.

Women play an important and great role in facilitating changes in family life and societal change.

On this day, women would receive special treats such as enjoying a half-day holiday and giving gifts to female employees.

Also called Qingming Festival, fall on April 5th, is one-day Chinese holiday that has been celebrated in China for centuries. The day is an annual event to remember and honor ancestors. On Tomb Sweeping Day, families visit and clean the gravesite of their ancestors to show respect.

Also known as May Day or International Worker’s Day, is a public holiday that celebrates worker’s contributions to the country. It’s a day off for the general population, plus weekend, schools, banks, and most businesses are closed for 3 days.

Every May 4th is Youth Day in China, in commemoration of patriotic campaign launched on May 4, 1919, a half-day holiday observed by youths aged 14-28

Children are the future of the nation and the citizens of tomorrow.

Children’s Day is an important holiday around the world. In China, it’s a time for children to feel happy and loved. Most children under 14 years old have one day off.

Also know as DuanWu Jie which occurs on the fifth day of the fifth month of the Chinese calendar, Duan means start and Wu means noon, it represents “the beginning of mid-summer festival”.

This festival has quite a sad backstory with a Chinese poet named Qu Yuan. After he threw himself into a river to end his life, the locals threw rice dumplings into the river to stop fish from eating his body.

People celebrate the holiday via the following ways:

*Hang Calamus on the door to ward off evil

*Watch the race of dragon boats

Soldiers in service have half a day off.

Also called Qixi Festival, Double Seventh Festival, is celebrating the annual meeting of Zhinu and Niulang in Chinese mythology on the 7th day of the 7th month of the Chinese lunar calendar.

Also known as Gui Jie falls on the 15th night of the seventh month in the lunar calendar.

Observance, a traditional festival for deceased ancestor worship. Not holiday.

The Mid-Autumm festival also known as the Moon Festival or Moonake Festival, is a traditional and 2nd most important festival celebrated in Chinese culture.

People celebrate it by gathering for big feast with family and friends, worshipping the moon, eating mooncakes and lighting paper lanterns.

Golden week, Celebration the founding of PRC on Oct. 1st, 1949

Officially the National Day of the People’s Republic of China, annual public holiday celebrated in China.

Also known as Chongyang Festiva, falls on the ninth day of the ninth lunar month.

Observance, a festival is celebrated as the Senior Citizen’s Festival to show respect to the elderly.